My friend, and former co-worker, Scott was in town for business this past week & I had the pleasure of hanging out with him a couple times in between his business meetings. (He insists on actually working while on business trips...go figure.)

Even though I've lived in WA for about 9 months now, this was the first time I've hung out in Seattle~which is rather pathetic seeing as it's 20 minutes from my house to downtown. It was kinda nice to see that some of the stores & restaurants I enjoyed going to 10 years ago are still around...like Kell's Irish Pub.

Scott & I had dinner one night at The Pink Door. This place has been around for years & is nice in that it has a formal dining room, a more casual lounge, and a very casual outside patio area with an amazing view of the Sound. And their food is incredible...they change their menu seasonally & the chef is quite talented!

Since we sat in the dining room we were able to enjoy the unusual & spectacular entertainment of Zita~an arialist. She had 3 performances...2 using a hamock-like sling hanging from the restaurant's ceiling and another using a trapeze. She was~to put it mildly~incredible! The best was when 2 older couples were being seated directly under where Zita was hanging from the ceiling...this sweet little gray-haired woman had no idea what was going on above her until Zita quietly lowered herself (upside-down like a spider on a thread) until she was face-to-face with the woman, who promptly screamed. It was hysterical! 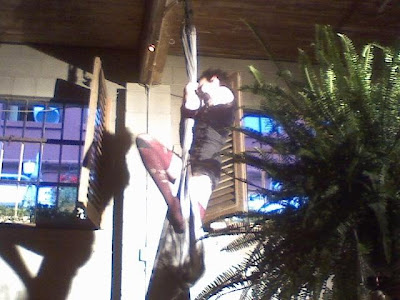 I was so impressed with her talent...and (let's be honest) a bit jealous as well. When we spoke later, she insisted that I too could learn to do what she does. Flattering but highly amuzing as well. I can see me now, accidentally hanging myself. And let's face it: no way am I going to look anywhere near as good as she did in fishnets & teddies. I guess I could use this as a weight-loss goal, but let's get real here: ain't happenin'!

Anyway~it was good to see Scott, get caught up on things, & get out of the house & have some fun. Need to do that more often!!

And now for some more pix of the amazing Zita! Enjoy! 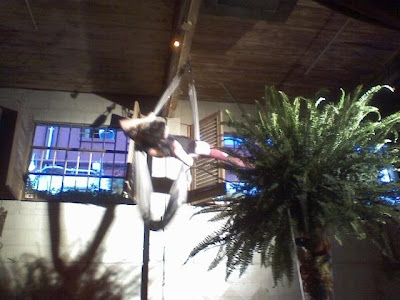 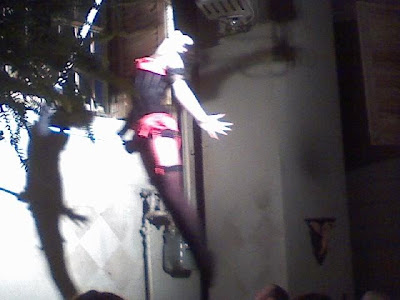 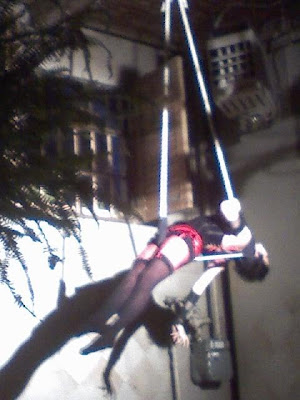 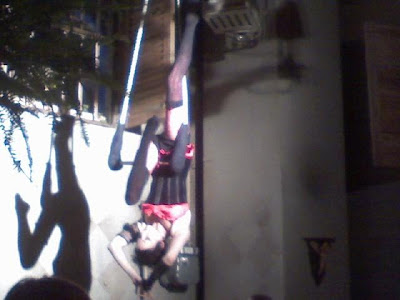