Is There a Doctor in the House? 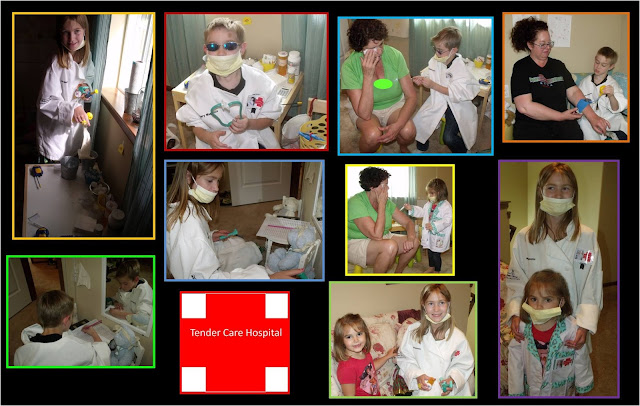 
Doesn't she make sleep apnea look fun? She made it look so fun my nine year old niece, Kenyan, and seven year old nephew, Van, were soon up there trying it out. Van even strapped the whole thing on! But did I manage to have the camera with me? No! Like I fool I left laying on the table downstairs! Sometimes I could just kick myself!

A Little Bit of This & That

On Tuesday I went out to Whidbey Island to join my mom, brother, sister, and nephew for the day. We celebrated Father's Day with my brother--and kind of made it a bit like his birthday too, as his birthday is in early January right after Christmas and he always gets rather jilted as everyone is kind of over celebrating things!

Leave it to Dani to buy James the same thing we did: an electric water kettle! LOL But we also got him a mug with one of our favorite pictures of he & Dante on it. 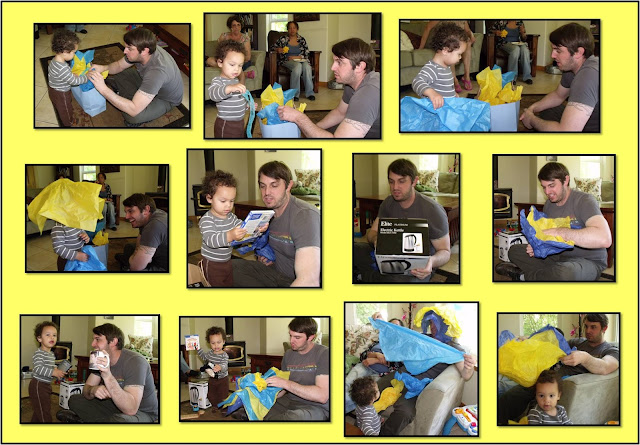 It turned out to be such a glorious day, that we just had to get outside, so James & Dani took us to this wonderful little flower farm/nursery where everything is either chocolate colored or chocolate scented! The woman who owns the farm also owns a "chocolate" shop in Langley where she sells items, such as homemade candles, scented from her flowers that will make you go insane craving chocolate as you burn them (trust me on this!)

The grounds were beautiful & Danielle & I each took a million pictures, while James followed Dante about and mom got "stuck" listening to the rather bizarre (yet interesting) life story of the owner! 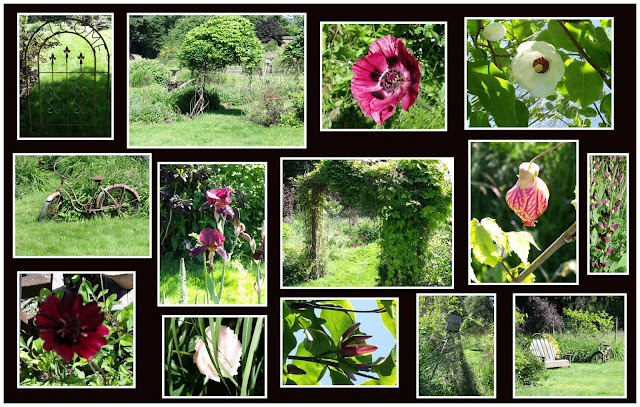 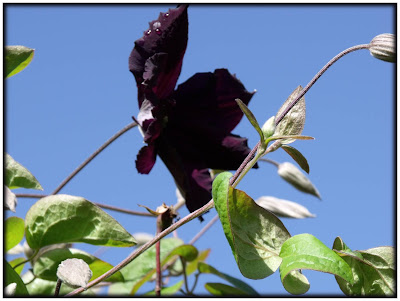 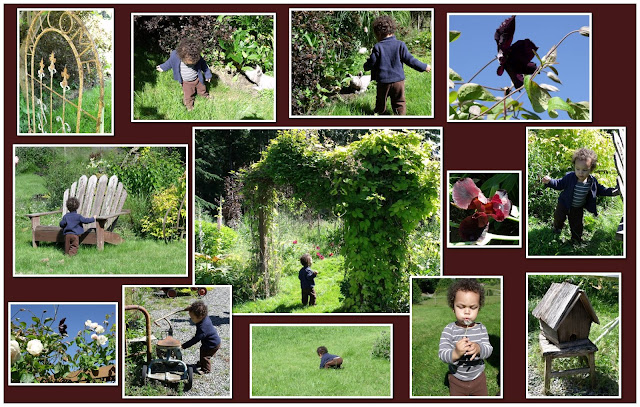 I took so many wonderful pictures, I could fill this blog posting up with them, but I decided it best to just condense them to the above collages. :-)

Later we went into Langley to an outlook where people often see whales--they even have a bell you can toll if you see whales so that others know to come look! 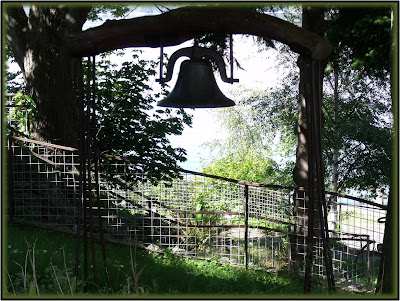 The water was so still, so calm, one could almost think it a lake instead of part of Puget Sound! The colors in the water were incredible--so many shades of blue! 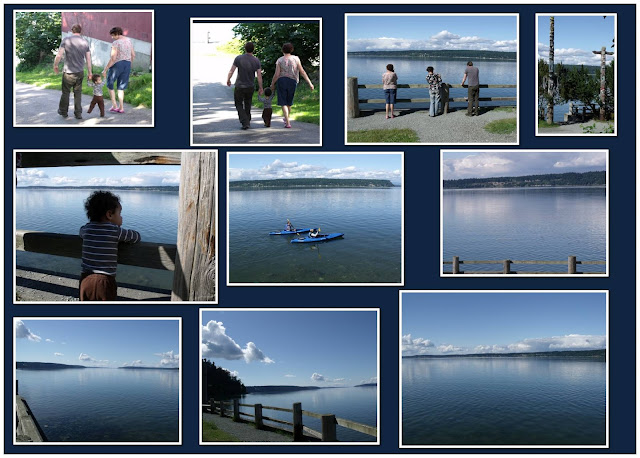 There was an ever-so-slight breeze and it was a lovely day for contemplation. It is amazing, though, how even just the slightest change in perspective (say, a change in height, for instance) can make such a difference in your out-look on life! 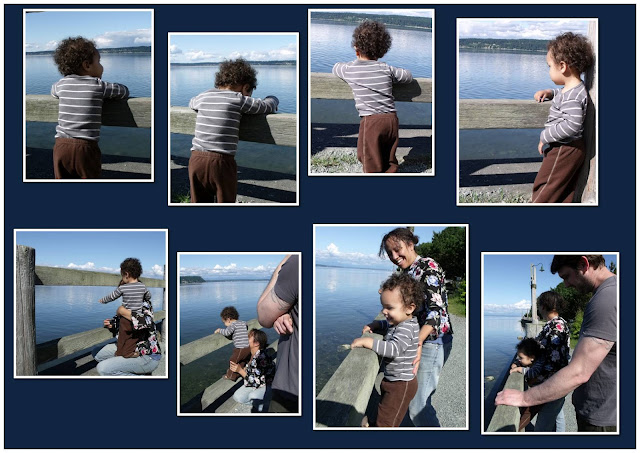 On Wednesday, I had the honor of being present when Teagan, 3.4 years old, had her hair cut for the very first time! Her hair was so long, she was able to donate a 10 inch pony tail to Locks of Love in honor of a family friend who is currently battling cancer.

We went to Auntie Donna's house and she was such a good girl as her hair was measured & the pony tail was cut off! And then she sat so still as Auntie Donna cut her hair into the cutest little bob ever! She brought her friends Perry, Baby Monkey, and Pinkie to watch and they even helped (she held Perry with her chin so Donna could cut her hair evenly in the back)! She only got a little nervous when we had her stand on a high stool so Donna could make sure everything was even: but holding on to Mommy made everything better! 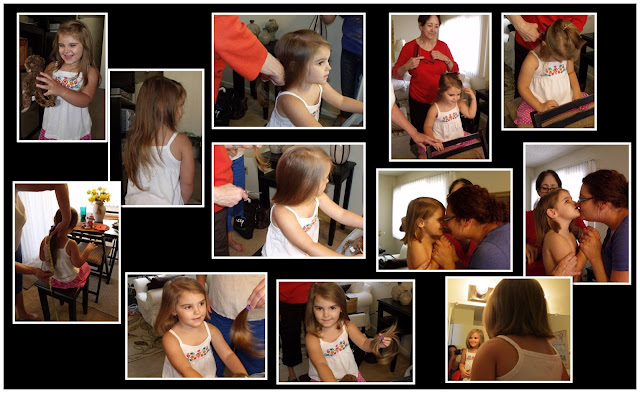 Isn't she adorable? As her Auntie Mary (her daddy's sister) said, "I didn't think it was possible for her to be any more beautiful, but she is!" I totally agree! 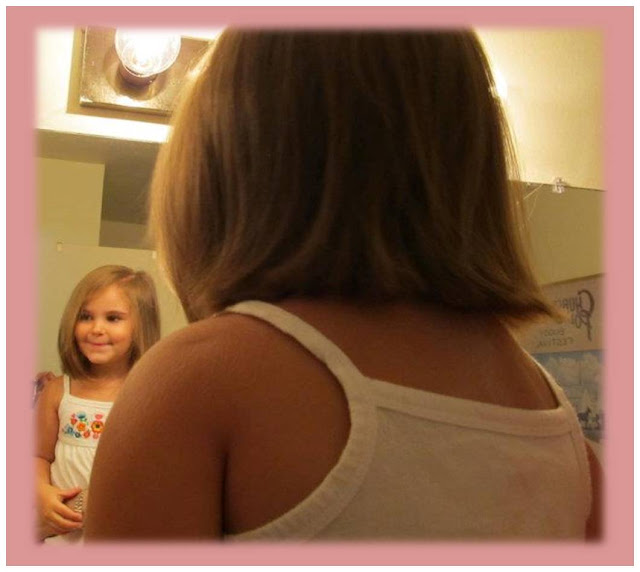 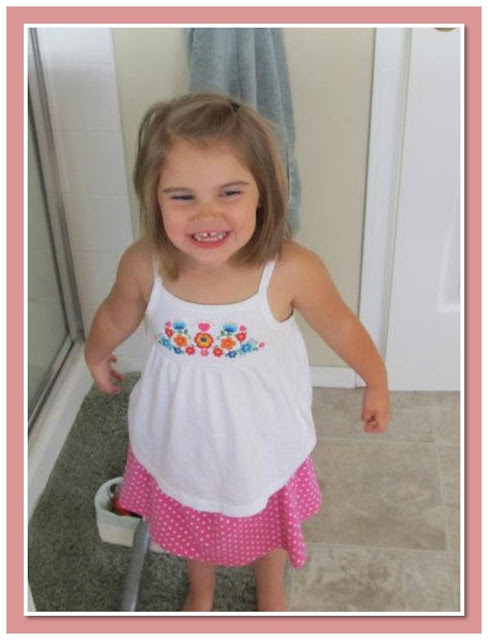 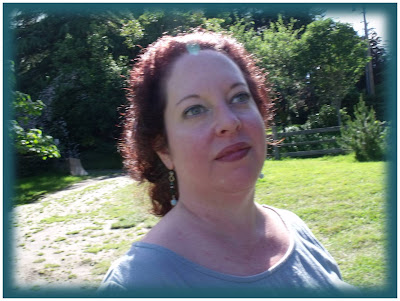 Dani took this picture of me at the flower farm.
BTW: I've lost 30 pounds.
Just thought I'd mention it!