The Importance of Vitamin B12

September 21, 2012
Some of you might not know that I nearly died from severe B-12 deficiency, about 5 years ago. I didn't--but I did suffer permanent nerve damage and brain damage. I will always have to inject myself with intramuscular doses of B-12 as my body doesn't process B-12 taken in food or supplements but rather flushes it straight out (it is water soluble). Recently Dr Oz did a show on this condition. When looking for a clip of it, I ran across a lot of videos on You Tube addressing B-12 deficiency.

This is rather nice to see as I still face doctors who question my CA neurologist's diagnosis. I don't doubt her at all: she saved my life. I was already suffering bouts of temporary paralysis when she diagnosed me. Next would have come deafness and/or blindness & potentially long-term paralysis. These might have been reversible if doctors had figured it out at that point; if not they would have been followed by death.

Yeah...it's been a fun 6-7 years. ;-) I had noticed symptoms back in 2005 (numbness/tingling in my hands & fee; stumbling, tripping, the occasional fall, extreme exhaustion. After breaking my foot & spraining both ankles in Jan '06 I finally admitted to my PCP & mom that I thought something neurological was going on. With a (paternal) family history of ALS, Parkinson's, Grave's, & dementia, I had been ignoring symptoms as though they'd go away. The search for answers began then, but I wasn't diagnosed until late April of '07 when a wonderful neurologist moved from Seattle to SoCal. She truly saved my life!

Because my body no longer absorbs the B12 either found naturally in food, or in fortified food, or in vitamin form (& no, we don't know why!), I will have to give myself intra-muscular injections of liquid B12 for the rest of my life. Right now I can stay balanced by doing injections just twice a month. In the beginning, it was twice a week...that's how low I was.

When you have your B12 level tested, normal range should be over 1000; 400 & under and your test will come back marked saying B12 deficiency of this sort can lead to severe neurological issues that, if not remedied, can become permanent. My tests, when finally diagnosed, fell under 100.

The irony was my moving from SoCal to Seattle 2 years later! I wanted to pack her up & take her with me!
In the search for a diagnosis, I was also diagnosed with Fibromyalgia which was probably triggered by the peripheral polyneuropathy which had been caused by the B-12 deficiency... (which lay in the house that Jack built! LOL...such a mouth full!!!)

While doing my little online B12 video browsing, I ran across one I really liked and while this video was more specifically addressing vegetarians, I liked how she lays out the symptoms for B-12 deficiency...she also points out that your body stores an extra supply of it, so it can take up to 2 years for any vitamin B12 deficiency symptoms to creep up on you.

So, please, when you have your yearly check ups, ask your doctor to test your B-12 level (not just your B complex--where all B vitamins are combined, but have your doctor separate out all your B vitamins. I was also B-1 deficient!).

And while you're at it: you should also have your Vitamin D levels checked on a yearly basis too. Especially if, like me, you have Fibromyalgia. FM sufferers tend to run low on Vitamin D & it is an important vitamin for keeping us balanced, healthy, & in less pain. I take an extra 2500IUs daily. But keep in mind that Vitamin D is an important vitamin for everyone--not just for people with Fibromyalgia! Don't want to just take my word for it? You can watch a clip from Dr. Oz regarding the importance of Vitamin D here.

So: go see your doctor & request those tests, ASAP! 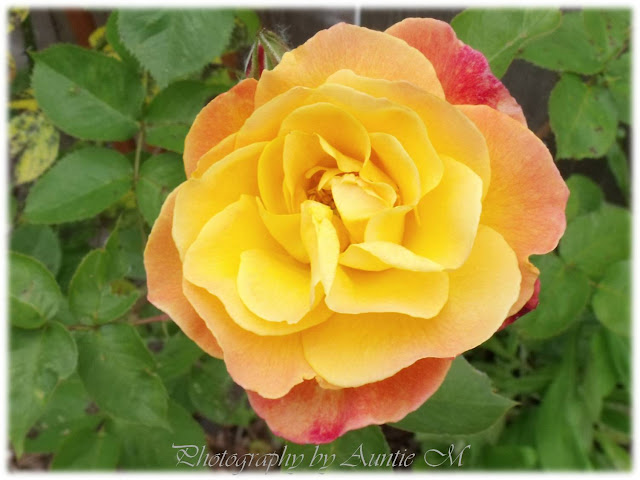