What’s wrong with you anyway?

What’s wrong with you anyway???

Once Upon a Time, I was once a career(ish) woman (let's keep this real!) who kept hoping love, marriage, & children would eventually come. Guess what? They didn’t! I had always wanted children—both natural & adopted, but the fates of time (and health) intervened. In about 2004 /2005 I started noticing that something was amiss with my health. But I couldn't quite put my finger on what it was and as things progressed (downhill) neither could doctors. I began falling a lot (not realizing that I had really lost feeling in my feet & lower legs). I felt sick all the time--I bought about a jillion thermometers convinced I was running high fevers and none of those freakin' thermometers worked! But I knew I had fevers: I was flushed, my body ached & tingled. I couldn't concentrate. I was gaining weight rapidly despite eating healthy. I'd had to quit exercising due to all of the above, but still!

Eventually I was forced to go to doctors...but only because I fell once again (over nothing) & managed to break my foot & sprain both ankles. Then the truth came out—I could no longer deny that something was wrong with me. While the search was on for a diagnosis, things just got worse & worse...I lost feeling in my hands & arms, had tremors in my extremities, was increasingly unable to walk, and was even experiencing temporary paralysis. I had pain throughout my entire body—muscle & joint aches, the feeling of pins, needles, knives across my skin & through my entire body. I began to lose my language & executive skills.

I went through multiple doctors (including a neurologist who told me I was crazy & it was all in my head). As I searched for answers, I slowly built up a team of good doctors: I already had a great OBGYN, and soon added a new GP, a rheumatologist, and—finally—a great neurologist (who ended up heading up my medical team). Later a neuro-psychiatrist & an endocrinologist also joined the team.


The results: I have fibromyalgia that was most likely triggered by the peripheral polyneuropathy that had been caused by a SEVERE lack of vitamin B12 as well as a lack of B1. Lacking B12 turns out to be a fairly BAD thing!! The stress of all this caused (what was hoped to be) temporary encephalopathy. Basically: my body gave out on itself. I had to quit my job. My mother moved in to take care of me.


I am in some sort of pain every day. I take a ton of medications to keep me from trembling, to reduce pain, to help my brain function. I do weekly B12 injections to keep my body balanced.


2) Dealing with loss of brain function (I like to think I was pretty damn smart, so not always being able to remember words, speak fluently, or concentrate well really pretty much sucks)


3) Never being able to have children of my own (being pregnant can kill me—turns out my brain is too fragile to handle the hormones) or being able to adopt (there's no way I could take care of a child because of my health). So, in 2010, I had a full hysterectomy.


To be honest, number 3 hit me the hardest for a long time. More recently I’ve come to realize that oddly enough that while you would think the physical pain would be hardest to deal with, it is really the psychological losses that are toughest: loss of independence, and the loss of abilities, etc.


For you die hards who are still reading, here’s a run-down on what those medical terms/conditions are:


Ok, so peripheral polyneuropathy is a neurological disorder that occurs when many peripheral nerves throughout the body malfunction simultaneously. It may be acute and appear without warning, or chronic and develop gradually over a longer period of time. Mine occurred slowly over time.


Mine was triggered by severe (like radically severe) deficiencies of vitamins B12 and B1. Many polyneuropathies have both motor and sensory involvement and some have autonomic dysfunction. Symptoms depend on the type of nerves affected; motor, sensory, autonomic, and where the nerves are located in the body. One or more types of nerves may be affected.


Common symptoms associated with such damage are muscle weakness, cramps, and spasms. Loss of balance and coordination may also occur. Damage to the sensory nerve can produce tingling, numbness, and pain. Pain associated with this nerve is described in various ways such as the following: sensation of wearing an invisible "glove" or "sock", burning, freezing, or electric-like, extreme sensitivity to touch.


Under normal circumstances, pain sensations are carried by myelinated and thinly myelinated nerve fibers. Guess what huge components of myelin are? You got it, B12 & B1! Guess what your body basically needs just in general? Right again, B12 & B1.


So my poor body was desperate for this vitamins & decided to “borrow” them from my nerves’ myelin. This caused lesions or holes to occur in the myeline. And after a peripheral nerve lesion (or hole), a neuroma (or nerve swelling) may develop at the stump.


The neurons then become unusually sensitive and develop spontaneous pathological activity, abnormal excitability, and elevated sensitivity to chemical, thermal and mechanical stimuli. This phenomenon is called "peripheral sensitization”. More simply put: my nerves just kind wig out of their own accord.


Moving on: Fibromyalgia, basically means muscle and connective tissue pain. FMS is a disorder classified by the presence of what is often termed “medically unexplained symptoms” that include chronic widespread pain and a heightened and painful response to gentle touch. Other delightful features of FMS include debilitating fatigue, sleep disturbance, and joint stiffness. In addition, people with FMS also frequently experience a range of other symptoms that involve multiple body systems, that include sensations of numbness and tingling abnormal motor activity and cognitive dysfunction. An increased prevalence of affective and anxiety-related symptoms is also well known. Our guess is that the peripheral polyneuropathy was the trigger for my FMS.

Fibromyalgia Tender Points
The location of the nine paired tender points that comprise the 1990
American College of Rheumatology criteria for fibromyalgia.

Then there’s the Encephalopathy, which literally means disorder or disease of the brain. In modern usage, encephalopathy does not refer to a single disease, but rather to a syndrome of global brain dysfunction; this syndrome can be caused by many different illnesses. To put it bluntly, it’s brain damage. Mine was caused by the stress of the first 2 conditions & involves the loss of my executive skills, low attention span, and some other stuff, that initially was hopefully thought to be reversible. After additional tests done in 2011, doctors believe that what skills I’ve regained at this point in time are all that I’m going to regain. The executive skills that I lost are probably permanent; while I’ve regained some brain function, I will probably always struggle to some degree with words and thought processes especially in stressful situations. 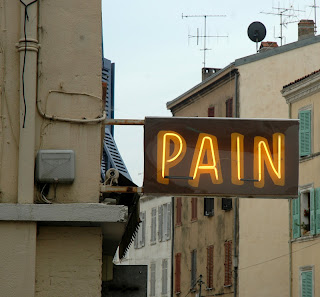 So, basically...I am always in pain. Sometimes it’s not so bad—I can function like a fairly normal person. Sometimes the pain just about takes my breath away.


Some days I can walk like a fairly normal person. At other times I must rely on a cane to get around; other times it’s a wheelchair (now usually just for outings like the zoo or the airport); at others I just stay in bed or sit in a recliner.


Sometimes I shake. There is always a tremor running through my right leg & often in my left hand. My eye twitches. I don’t notice it so much anymore—it’s just one of those things.


Too much stimulus (like a large group of people all carrying on conversations or my precious nieces & nephews running around playing) can make me feel overwhelmed and on edge.


Sometimes I can read or watch a movie; on other days I can’t concentrate on anything for more than a couple minutes at a time. I now feel blessed when I’m able to read—it’s always been one of my favorite past-times & I hate it when I am unable to do so.


On really bad days, it takes everything in my power to try to concentrate on anything other than the pain. Trying to take part in a conversation takes every ounce of power I have.


As I said in this post, thank God for my mom...I couldn’t make it without her!


So there you have it, basically.


If you want to know more, look under the following in the labels list here on my blog: Pain, Health, Fibromyalgia, Encephelopathy, Peripheral Polyneuropathy, Let’s Get Personal, Perspective Check. 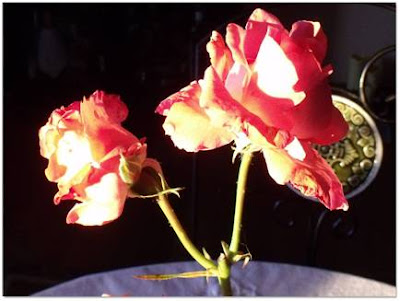