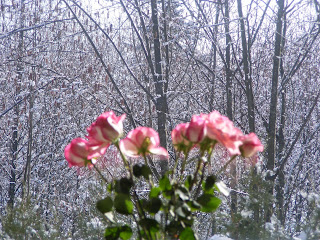 Everyone has been telling me I should start my own blog..."Why?" I've wondered...My life is boring! Maybe it's cuz I overwhelm them with email notices from Snapfish? (I do take a lot of pictures!) Maybe my friends actually think I'm interesting! Or maybe they don't realize how boring my life actually is? Never-the-less, friends kept encouraging, so here it is: Mixed Up Musings from Auntie M. Perhaps if I just think of it as talking to myself~which I do anyway~it won't be so weird feeling. Who knows?! Guess we'll find out!

OK... So who am I? Hmmm...how to start? I am a (nearly) 39-year-old single woman who has seen her fair share of triumphs & tragedies and is fervently hoping the former out-weigh the latter! Hoping the triumphs shine through and the tragedies~while molding a part of who I am~will never define who I am. (Guess that sounds ok...????)
(Some of) the Hard Stuff:
I was once a career(ish) woman (let's keep this real!) who kept hoping love, marriage, & children would eventually come. Guess what? They haven't! I've always wanted children~both natural & adopted, but the fates of time (and health) have intervened. Several years ago I started noticing that something was amiss with my health. But I couldn't quite put my finger on what it was and as things progressed (downhill) neither could doctors. I began falling a lot (not realizing that I had really lost feeling in my feet & lower legs). I felt sick all the time--I bought about a gillion thermometers convinced I was running high fevers and none of those freakin' thermometers worked! But I knew I had fevers: I was flushed, my body ached & tingled. I couldn't concentrate. I was gaining weight rapidly despite eating healthy. I'd had to quit exercising due to all of the above, but still!

Eventually I was forced to go to doctors...but only because I fell once again (over nothing) & managed to break my foot & sprain both ankles. Then the truth came out~I could no longer deny that something was wrong with me. While the search was on for a diagnosis, things just got worse & worse...I lost feeling in my hands & arms, had tremors in my extremities, was increasingly unable to walk, and was even experiencing temporary paralysis. I had pain throughout my entire body~muscle & joint aches, the feeling of pins, needles, knives across my skin & through my entire body. I began to lose my language & executive skills.

I went through multiple doctors (including a neurologist who told me I was crazy & it was all in my head). As I searched for answers, I slowly built up a team of good doctors: I already had a great OBGYN, and soon added a new GP, a rheumatologist, and~finally~a great neurologist. Later a neuropsychiatrist & an endocrinologist also joined the team.


The results: I have fibromyalgia that was most likely triggered by the peripheral polyneuropathy that had been caused by a SEVERE lack of vitamin B12 as well as a lack of B1. Lacking B12 turns out to be a fairly BAD thing!! The stress of all this caused (hopefully) temporary encephalopathy. Basically: my body gave out on itself. I had to quit my job. My mother moved in to take care of me. (*Note~if you truly want to know what some of those medical terms mean, go to Wikipedia & search them out...I'm not going to really bore you w/all those details!!


The good news is that while I may never fully recover, I am getting better. My balance & walking have slowly improved. Some days are really great~I feel almost normal. Some days are really rotten~either being racked with pain and/or trouble speaking/thinking. I am in some sort of pain every day. I take a ton of medications to keep me from trembling, to reduce pain, to help my brain function. I do weekly B12 injections to keep my body balanced.


The biggest blows~for me~were:
1) losing my independence
2) Dealing with loss of brain function (I like to think I was pretty damn smart, so not always being able to remember words, speak fluently, or concentrate well really pretty much sucks)
3) Never being able to have children of my own (being pregnant can kill me~my brain is too fragile to handle the hormones) or being able to adopt (there's no way I could take care of a child because of my health).


To be honest, number 3 hit me the hardest.

(Some of) the Great Stuff:
OK~enough of all that crap...who wants to hear about all that?!?!


Now for the biggest joy in my life: Being an Aunt! I am proud to say that I am the aunt of 3 wonderful nephews and 3 wonderful neices...with another little one on the way.

Those who know me, may ask where did she get all those kids from? Didn't her sister & brother-in-law just have their 1st child a mere 8 weeks ago? And aren't her brother & sister-in-law just now pregnant? True...however I am proud to also be called auntie by 4 other wonderful children.
I am the oh-so-proud Auntie M to my wonderful, adorable, brilliant niece: My little Tea~Rose who was born February 24th to my sister & her husband... 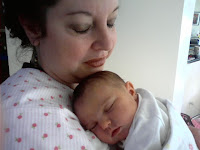 
I am also proud to be an aunt-in-waiting to my brother & his wife's little one who should be here shortly before Thanksgiving: 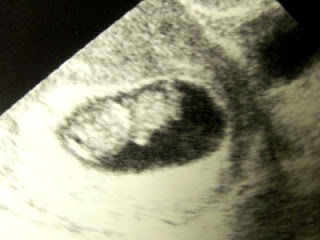 Wonder who he or she will be!
I also get to play auntie to my brother-in-law's incredible neice & nephew, Kenyan & Van. I adore them & love spending time with them. I am so blessed to now live only 5 minutes away from them (and my Tea~Rose). 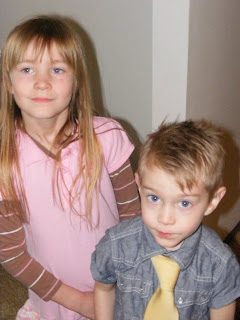 I am also auntie to my sister-in-law's neice, Ava. I've known her since she was 2 & now she is such a grown up girl of nearly 10 years old! Gracious!! 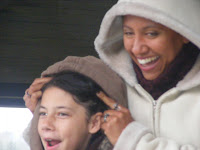 
And one of my dearest friends, Natasha lets me be auntie to her 2 beautiful boys. Thanks, Tash! I miss Jackson & Sawyer....a visit from Auntie M is long overdue!! 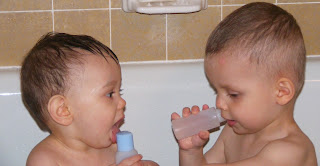 Adorable, I know!
So there you have it...the beginnings of a blog from someone who, while thinking her life is fairly boring, knows that it is over-filled with love!