She first told Gramma what her special power was: the ability to throw fireballs at ghosts to make them go away!!!

And you, Auntie M! You have the power of Peaches!" ["Ugh say again????"] "You have peaches to throw at the ghosts and evil things! They hate peaches and will run away!"

Who knew, right??? "Well allll right!!!" I said, mustering as much enthusiasm as I could. [Gramma gets fire balls and I get peaches???]

Prince Mikey (aka Daddy) was bestowed with the power to fight & kill dragons with a fire sword!!! [Awesome!!!]

And Teagan herself? Well, in addition to be Team Leader, the Special Car driver, the seer of ghosts and dragons, she has the ability to breathe out a stream of fire to destroy said ghosts and dragons!!!! [Wahooo!!!!]

"So," I casually asked, "if Mommy were here, what special power would she have?"

I have to say my sister's power has got to be the best!

"Mommy has the power of ballet! She uses her ballet to fight evil elephants by dancing and twirling in front of them and scaring them away!"

Now excuse me while I run to the produce market to restock my supply of peaches!

{Do you see the fire coming out of Teagan's mouth here???} 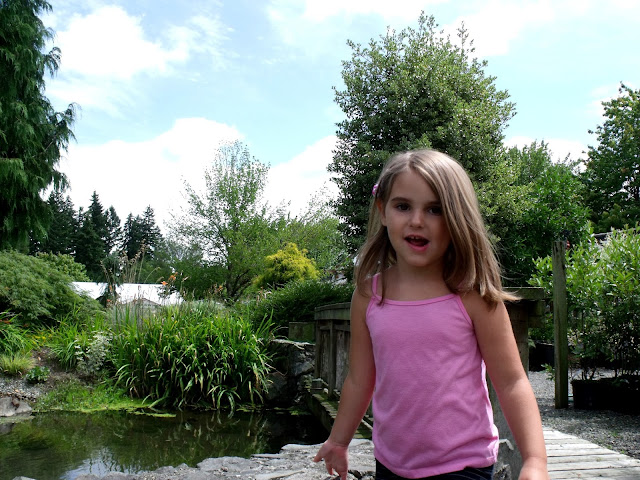 Perhaps the real Super Power used yesterday was the ability to not laugh out loud and to keep a straight face. Because Teagan's enthusiasm was priceless and none of us would have crushed that or her imagination for anything--no matter how much we may have wanted to laugh! But we did have pretty sparkly eyes shining around the breakfast table!